Even as I typed out this last prompt, I found it a little anticlimactic. Is that it? All the prompts? I’m done then? I don’t really want to be done.
No worries. While the prompts won’t continue in the same daily fashion, I look forward to sharing the many great poems that have been shared with me, either in the comment section or via my email at aprilpameticky@hotmail.com . I also will share with you more information about materials that have inspired my own writing journey.  So despite the fact that National Poetry Month is drawing to a close, we will Write On.

Prompt #30: The End… or Telling a story in Reverse

Our brains are uniquely wired to follow narratives.  We love stories.
But sometimes stories don’t unfold naturally, with a beginning, middle, and end.

Try to tell a story in reverse, with the last thing first.  For added depth, consider one of the poetry forms we explored earlier in the month.

Here’s one example I’ve been experimenting with:

Two Fathers and a Birthday

His reaction was instant,
the flush sweeping up his face—
I image the tiny capillaries bursting from the force.
His hands balled fists,
the nails digging dried and dead cells from the centers of his palms.

Causal Relationship I
A kick, lashing out, not even from the hip, just the knee,
as if tapped by a reflex hammer,
sweeping the feet out from under the tiny body
that slammed into the floor,
the air compressed from lungs
so that the ragged cry was delayed.

Causal Relationship II
At four he should’ve known better,
but daddy pointed and smiled
and it seemed so funny just to hall back and hit that guy in the balls,
the guy who was teasing him,
and daddy didn’t like him anyway,
so that’s just what he did,
just hauled back like a pitcher on the mound,
let his fist go like a rock flying from a sling shot.

Causal Relationship III
Her chubby fists clutched at his ears, a tree-monkey,
and he had both hands full of her knees so that she wouldn’t go
tilting backwards.  She felt safe,
which was all that really mattered.
He teased the four-year-old who had picked
on his daughter, calling him four-year-old names like
pooper-scooper, and dookie-head.
He didn’t see the fist coming.

Causal Relationship IV
The sling-shot fist landed with precision,
was rewarded with a high-five,
while daddy with a tree-monkey struggled NOT to buckle,
his face a Dali.

I sat on the couch, considering another piece of cake,
mildly concerned that the 55 gallon fish tank
might be the real ‘victim’ in all of this if it didn’t survive,
and I couldn’t wait for the whole slew to get the
hell out of my house.

April 27, 2013March 19, 2013Leave a comment
When you saw today’s prompt, did you immediately think to yourself, “Don’t Stop Believing?” Hmmm, maybe you can use that energy! Don’t forget that you can share your work in the comment section or by emailing me.  You can also ‘like’ my new facebook author page at: http://www.facebook.com/pages/April-Pameticky-author/515829111789234

I am a terrible traveler.  I want to BE THERE ALREADY.  It doesn’t matter if it’s a road trip to Texas, or a flight to California.  While vaguely intrigued by the idea of taking a train, I am realistic enough to know that I’ll probably dislike that as well.  Is there a trip in your past worth revisiting?  Is it really, then, the journey that matters, not the destination?

In The Palm of Your Hand: The Poet’s Portable Workshop by Steve Kowit, 1995 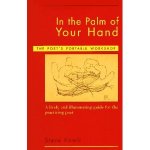 “Poems are often generated by memories that haunt us—memories that suddenly return out of the blue, or memories that are familiar companions and part of the fabric of our lives—memories that are too precious and sweet not to be recorded, or that are so painful they cry out to be exorcised.  … Many inexperienced poets also imagine that the language of poetry must be ultra-romantic and theatrical, but a poetry which is too richly embellished with hyperventilated language, inflated sentiments, and abstruse verbiage is in grave danger of sounding artificial or just plain foolish.” (8-10)

Go back in time and describe a memory.  Similar to earlier encouragement, avoid sentimentality.  Don’t try to give meaning to the event or explain WHY something occurred.  Concentrate instead on what happened, walking yourself honestly through the memory, avoiding over embellishment or exaggeration.

Prompt #16: Those Other Senses 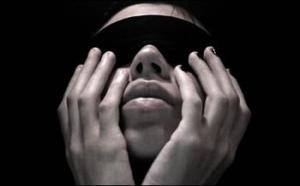 We rely heavily on our sight, even in our writing. If this month of poetry does nothing else, I hope it helps writers flex unused muscles.  I
know that there have been prompts already that specifically emphasize what we ‘see’ with our poetry vision.  So it may seem ironic that I want to move in a different direction with today’s prompt.  Try to write a poem full of concrete details without describing how things LOOK.  Instead, consider those other, often neglected, senses.  How does the air feel?  What sounds do you hear?  Smells? Describe an event, like maybe a car accident without saying a word about how things are seen.

April 13, 2013March 18, 2013Leave a comment
Welcome back! Today’s prompt takes a little bit more time from you, but watching the Sarah Kay video is worth it.  A popular poet and teacher, Sarah Kay explains what poetry means to her during a TED talk.  Your “assignment” [prompt] is to make a list of your own: 10 things YOU know to be true.

10 Things You know to Be True from Sarah Kay’s Ted Talk http://www.youtube.com/watch?v=0snNB1yS3IE